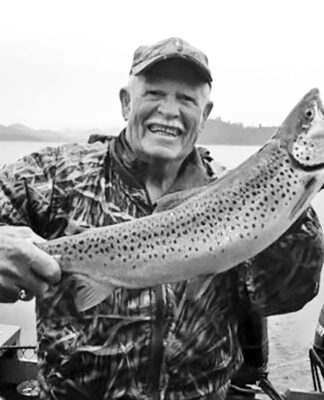 Bob McGeoghegan was born Sept. 2, 1926, in Willows, California, to Paul and Dorathea McGeoghegan. He attended Maxwell Schools, graduating from Maxwell High School in 1944. He was a member of the 1943 Maxwell High School Championship Baseball Team, which was inducted in the Colusa County Sports Hall of Fame in 2010.

He served in the United States Navy in the Pacific through the end of World War II.

Bob was a lifetime farmer and rancher, as well as being an accomplished machinist and talented metal fabricator.

He was an avid sportsman, and spent as much time as he could hunting and fishing with family and friends.