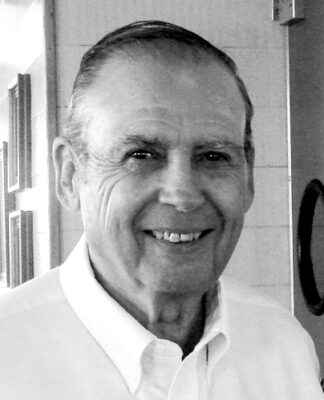 Robert Bright was born in Chico, California to Donald and Edith Bright on January 14, 1935.

He spent his childhood in Bayliss, then the family moved to Maxwell where he graduated from high school. He joined the US Air Force in 1953, met and married Patricia Haller at Last Chance, Colorado in 1955. They had a son, Robert Bright, Jr. followed by a daughter, Sheila.

The family moved many times throughout Bob’s military career, most notably living in England and Morocco. Bob retired in Riverside, California from March AFB.

After the marriages of their children in 1977 Bob and Pat travelled in their motorhome and then split their time between Elk Creek and Bouse, Arizona.

Bob had a massive stroke in January 2016 and ultimately he and Pat moved to San Diego to be near their daughter and receive the care he needed for his dementia. Bob passed away peacefully at home under hospice care on October 2, 2022.

A graveside service will be held at Willows Cemetery on Wednesday, October 19 at 10:00 am with military honors provided by the Glenn Vets of VFW Post 1770.

In lieu of flowers donations may be made to American Legion Post 218, VFW Post 1770 or Elk Creek Community Church.■