What a difference a week made for Maxwell as for the second time in seven days it made the trek to Weed.

Unlike the previous meeting, which saw the Panthers fall 48-43, this time they turned the tables on the Cougars posting a 24-6 victory to advance to the second round of the Northern Section CIF Division V playoffs.

“We watched at least four hours of film on Weed and it paid off,” said Davis, “But there was a different dynamic out there last Thursday night, and Coach Lovelace deserves a great deal of credit because of the defensive game plan he put together.”

Spearheading the effort for the No. 5 Panthers was Cale Kuska with six tackles and a sack, along with Dillon Dry, who made an additional six tackles. 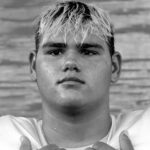 While the defense limited the No. 4 Cougars to just six points, the offense, without the services of one of its most productive players in Berto Lara, who is out due to injury, still rolled up 291 yards of offense in the win.

Dry led the attack rushing for 110 yards on 16 carries and also completed nine passes for 83 yards, while Velasquez carried 14 times for 76 yards.

Rudi Gonzalez got the Panthers on the board in the second quarter scoring on runs of two and 14 yards respectively, then tacked on the two-point conversion both times.

Dry scored Maxwell’s final touchdown of the night in the fourth quarter taking it to the end zone from 25-yards out with Gonzalez again making good on the two point try.

For Davis, the win represents the growth the Panthers’ program has shown as he explained, “We’re headed in the right direction. We were knocked out in the first round last year, and we made it to the semi-final round this season.”

It’s a tough task for Maxwell (6-5) this Friday night when it heads to McArthur to take on unbeaten and No. 1 seeded Fall River, with the winner advancing to the championship game which will be played on November 23. ■

Jennifer Corriea
This article was updated or modified on: November 23, 2022
29

This page is sponsored by:

Pierce downs Hamilton, advances to 2nd round of playoffs

Spartans too much for RedHawks