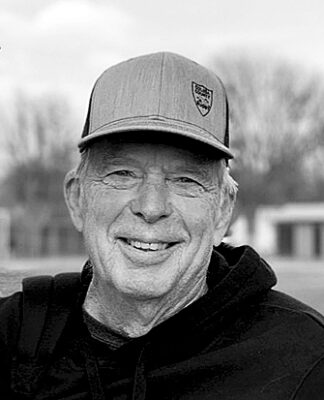 Ronald “Ron” Eugene Simmons of Williams, CA passed away at his home on September 14, 2022.

Ron was born in Stockton, CA on April 10, 1943. Ron lived with his parents and Sister Diana in Peters, CA until his mother passing at only 2 years old, which he and his sister moved in with their aunt and uncle, Elsie and Pete Dellamendolla.

He grew up on a dairy farm milking cows while attending Evertt Grammar School and graduating in 1961 from Linden High School, receiving awards for his trumpet performances in the band. Ron attended Delta Community College and graduated with a Bachelor’s degree in Music from the University of the Pacific.

After graduation, Ron worked as a music teacher at LE Grande High School. After one year of teaching, he drafted into the Army in 1968 where he served two years, including deployment to Vietnam. After his honorable discharge in 1970, Ron found a home at Williams High School as the band teacher, beginning his lifetime journey as an influential pillar in the Williams Community. In 1971, he married his wife of 50 years, Nancy Simmons and in 1975 became a father to his daughter, Kristen Simmons.

He taught the musical arts (band, drama and choir) amongst other subjects in the Williams schools for 32 years. During his tenure, Ron mentored hundreds of students not only teaching them and inspiring a love for music, but also providing a positive role model for the student body as a whole. Over his distinguished career, Ron lead his students on performances in Disneyland, Berkley Band Days, East West Shrine Games, local concerts, sporting events, Pioneer Day Parades and more. His aspiring musicians received countless band awards, trophies and future musical opportunities. Ron enjoyed his students and as much as possible doing what he loved most; performing with them. In 1989, Ron was named Colusa County Teacher of the year.

After 32 years of teaching, Ron retired in 2002 and the Williams band room was named the Ron Simmons Fine Arts Center in his honor. Additionally, the City of Williams designated May 18, 2002, Ron Simmons Day and he was honored with a key to the city at his retirement for his devotion and integrity to his students and community. Many of his students still hold dear the self-confidence and sense of belonging that Ron effortlessly inspired.

Likewise, his dedication to his community was extraordinary and selfless. Ron’s role in the community and extra-curricular activities was unprecedented, to include being named Grand Marshall, playing trumpet in the brass quartet Halfway Decent, and most notable accomplishment, his vision and tenacity to create the Williams Community Center.

For 30 years, Ron’s passion inspired others to work alongside him in the endeavor to create and keep the doors open to the Williams Community Center building. Ron managed the building since opening its doors and tirelessly worked every Monday night Bingo since its inception. Appropriately recognized, the Williams Community Center room was named the Ron Simmons Room. His dedication, generosity and diplomacy can only be inspirational to his family, friends and the community of Williams as a whole.

Through all his accomplishments, Ron was a family man first. A loving husband, father and grandfather, Ron always made time for his family. After being a lifelong hero to his daughter, he continued his unconditional love and support to his grandsons Daniel and Michael. Ron attended all sporting events they were involved in, most recently County Rugby watching Daniel and the boys play all while being a proud Marine grandpa to Michael. His love created an unbreakable bond his family will hold in their hearts forever.

Ron was also blessed with alternate “families” that have matured over the years and these special relationships will continue to be memorialized in the hearts of many for a lifetime.
Ron is survived by his wife, Nancy Simmons (Williams), daughter, Kristen Simmons (Colusa), grandsons, Daniel Perez (Colusa) and Michael Ziglar (Jacksonville, NC), and sister, Diana Swan (Bozeman MT). In lieu of flowers, the family respectfully suggests contributions in Ron’s honor be made to the Williams Community Center Association or the Williams High School Music Department.