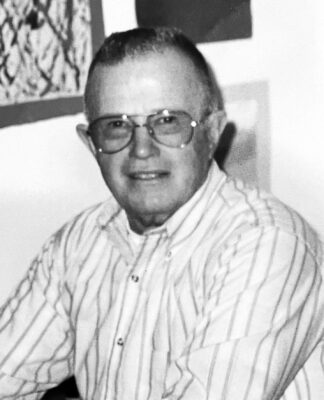 Douglas James Thayer passed away on October 22, 2022, at the age of 92 after a short illness. He is survived by his wife of 66 years, Margaret, his children Elizabeth, Mathew, and Jeanette, grandchildren Erin and Kellen, sister Maryjane Pustejovsky, and numerous nieces, nephews, and cousins.

He was born in Sacramento on 19 May 1930, the second child, after sister Carol, of Rose Keegan and Aden Thayer.  He grew up on the Keegan family ranch in Bear Valley and in Williams.  He attended elementary and high schools in Williams between 1935 and 1948.  He was a member of the large Keegan clan, with grandparents Rose Marie and Matthew Keegan, who had eight children, Rose, Matthew, Wanda, Owena, Glynn, Rita, Bill, and Alexa.  He grew up with connections to Colusa and Glenn Counties including the towns of Colusa, Maxwell, Williams, and Willows.

He served as a sergeant in the US Marine Corps from 1948 to 1952 and survived the battle for the Chosin Reservoir during the Korean War.  He was a member of the Chosin Few and was a recipient of the Bronze Star and Purple Heart.

He met Margaret Acord while attending college in Susanville, after he left the Marine Corps and after Margaret graduated from UC Berkeley.  They married in 1956.  He worked for more than 30 years for the California Department of Fish and Game as a wildlife biologist at various locations including a fish hatchery near Red Bluff, and the Honey Lake State Wildlife Area near Susanville.  Since 1967, much of his time was spent in Modoc County and Alturas where he oversaw the antelope and deer herds, raised his family, and retired in 1995.  He coached the Rotary Little League Baseball club in the late 1960’s and early 1970’s and the Allstar Team in 1971. He was president of the Modoc High School Booster Club in the mid 1970s. Snow skiing was a favorite activity with his wife and family and he was the Ski Club President at Cedar Pass ski hill, and routinely skied at Mt. Shasta and Mt. Bachelor, especially during retirement.