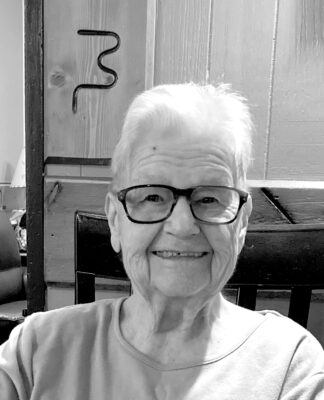 Virginia was born in Minneapolis, Minnesota, and was the youngest of five girls of Bernard Johnson and Gladys (Keys) Johnson. Growing up in Minneapolis, Virginia spent many summers at the cottage that was owned by her maternal grandmother. She had many fond memories of fishing, picnicking, and playing cards (canasta) by candlelight as there was no electricity or running water at the cottage. This love of playing cards was a favorite pastime of Virginia’s her whole life.

Virginia attended Monroe Elementary School through 6th grade, Seward Elementary in 7th and 8th, and South High School. At Seward Elementary, the girls had to take sewing and cooking classes and were required to make their own 8th grade graduation dress. Virginia became a great cook and seamstress during her adult life. In high school, Virginia played clarinet in the school band.

After high school, Virginia had various jobs as a typist and bookkeeper. When she turned 21, she moved to southern California to live with one of her married sisters. She ended up working at Martel Photography studio, where she met Robert Hopkins (Bob). They were married in 1958 and moved to San Francisco, so Bob could attend barber college. She was pregnant with her first child, and took classes to become Catholic while she was in San Francisco. Her first child was born, and once barber college was completed, the family moved back to Southern California (Long Beach). Virginia then had three more children. She was a homemaker while the children were growing up in Long Beach. She was an excellent cook, and she liked to read murder mysteries. She also learned to hook rugs and to crochet, and she liked Sudoku. She spent many hours crocheting afghans for every one of her children and grandchildren to remember her. But when there was time, she convinced whoever was with her to play cards. Cribbage was one of her favorites, and later in life it was Phase Ten.

In 1973, Virginia and Bob purchased a barber shop in Dunsmuir, California, and moved the family north. Virginia took classes and studied to be an Ombudsman for senior citizens. She volunteered many hours helping seniors and worked in Mt. Shasta as a senior citizen coordinator. She did this for over 20 years. When she retired, she and Bob (who had retired many years before) moved in 2004 to Colusa, California, to be closer to one of their daughters and grandchildren.

Virginia was a regular Mass attendee at Catholic churches where she lived, and eventually at Our Lady of Lourdes church in Colusa. During her thirty plus years in Dunsmuir, she and Bob liked to camp during the summertime. They cooled off in the Sacramento River or Lake Siskiyou. Virginia and Bob were married 55 years before Bob’s passing. Virginia slowed down in her later years, but you could still find her reading her murder mysteries, watching murder mysteries and Gunsmoke on TV, or playing cards.

Services for Virginia will be held on Thursday, November 10, 2022. Funeral Mass 10:30 at Our Lady of Lourdes, Colusa. The burial will follow at Holy Cross Cemetery, then a reception at the Catholic Church hall on the corner of 3rd and Oak Streets. Donations can be made to Our Lady of Lourdes Parish in honor of Virginia. ■