In 2020 with COVID protocols forcing high school sports to go dark, the Pioneer Review embarked on a series entitled “Coaches Corner” featuring the recollections of longtime county coaches about their most memorable teams with the goal being to reflect on the athletic past.

Now during this summer’s lull, we have returned to the same coaches, this time inquiring about the most memorable games they have coached in, asking them to narrow it down to one or two.

While not everyone chose to participate, once again the goal is to generate conversation about a few classic moments in the varied and colorful history of Colusa County sports.

It is impossible to mention every detail of each contest or all the individuals who participated. If statistics are included they were taken from MaxPreps, not from the coach’s remembrances.

With that said, no matter which team you pull for, please enjoy the stroll down memory lane. 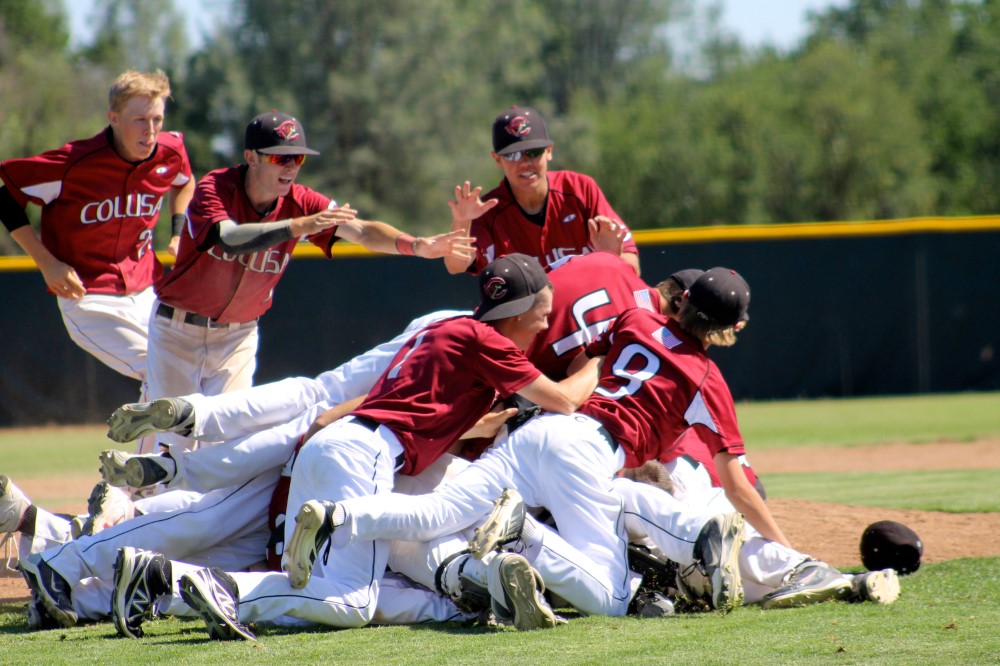 Having spent over 20 years as a high school baseball coach in Colusa County, and accumulating a 479-102-2 overall record, narrowing it down to just two of the most unforgettable games was no easy task for the subject of the final installment of this summer’s Coaches Corner, Eric Lay.

Yet, after much deliberation, Lay settled on one game from his current stint at the helm in Colusa and the other from his time in Maxwell, where he spent 11 seasons.

Lay’s decision to select his first trip to the Northern Section championship contest with the RedHawks in 2013, along with the 2005 title game featuring his Panthers, as his most memorable can be summarized by the words of former Dodgers’ and Hall of Fame manager Tommy Lasorda who said, “The difference between the impossible and the possible lies in a person’s determination,” because both of Lay’s choices, decidedly speak to the characteristic of perseverance.

First off is Lay’s 2013 RedHawk team (27-5), which was making its first appearance in the championship game since 2007. The RedHawks were facing Winters, a baseball juggernaut that had dropped down to Division II that season and had embarrassed Colusa earlier in the year, routing the RedHawks 10-1 on their own field.

Battling nerves, Colusa got off to an inauspicious start by giving up a three-spot in the top of the first.

However, prior to taking their first at bats, Lay and his staff, which included Sonny Badaluco, Brandon Ottenwalter, and Mitchell Barsotti, gathered the squad and in no uncertain terms challenged them to be better.

Whatever was said worked, as the RedHawks responded with four runs of their own to take the lead.

Although the Warriors tied the game in the second, Colusa took control after that point and went on to post a convincing 9-5 victory.

On the mound, lefties Ross Cervantes and Hayden Bailey combined to scatter six hits and strike out five, while Riley deWit led the way at the plate going 2 for 4 with a triple, four RBI, and, in addition, turned in a spectacular defensive play.

Cervantes and Matt Steidlmayer each went 2 for 3 and scored a pair of runs.

Estevan Frias tripled with two runs scored, and Kyle Cervantes turned in a gritty effort, crossing the plate twice despite battling through an injury, having twice been hit by a pitch.

In retrospect, Lay feels the game embodies what RedHawk baseball is all about, saying, “I often think back and admire the effort this group gave. It was really a start to a fantastic rivalry between Colusa and Winters. We’ve played them in four section championships and have been lucky enough to win three.”

Nonetheless, it’s the determination his team exhibited that Lay feels was the start of something great in Colusa.

“That group of kids, in particular the seniors, the Cervantes brothers, Lucas Corriea, Joe Ferrini, Shawn Friel, and Connor Herrick, helped lay the foundation for our run over the past 10 years. It was an athletic group, but it was their competitive spirit that separated them and allowed them to win the championship.”

Despite completely different circumstances, it’s that same fortitude that resonates with Lay when he thinks about his Panther team, which edged Dunsmuir 11-10 and claimed the 2005 NSCIF Division V crown.

It was the rubber match in championship battles between Maxwell and Dunsmuir, as the Panthers prevailed in 2003, only to have the Tigers exact their revenge in 2004.

Unusually wet conditions that year saw the game rescheduled for a Tuesday, after the Saturday rainout, and not much had improved on that cold, blustery, and at times rainy May day that yielded a combined 19 walks and 14 hits.

Trailing 10-6 heading into the bottom of the sixth inning, Maxwell loaded the bases after singles by Kane Lausten and Will Barrett, sandwiched a hit-by-pitch that put Juan Gutierrez aboard.

With the table set, Ottenwalter, described by Lay as “arguably the most clutch player I ever coached,” and just a sophomore, came to the plate and delivered a grand slam to tie the game at 10.

With new life in the bottom of the seventh, the Panthers, despite not getting a hit, would again load the bases as Lausten, Gutierrez, and Matt Dermody all received free passes leading to the climatic final at bat that saw Barrett, the senior captain, wear a pitch to give the Panthers the walk-off win.

Without question, Ottenwalter contributed to the heroics with the grand slam, and his six RBI, but Barrett and Lausten were key as well.

Barrett went 3 for 4 with two doubles and three RBI, while Lausten finished 2 for 3 and drove in a pair, prompting Lay to remember the pair as two of the best leaders and teammates he has coached.

In reminiscing about the game, Lay feels that this group exemplified what he and his staff were trying to establish in Maxwell.

“This game epitomizes what we built in Maxwell over the years with toughness and a team-first mentality,” Lay said. “It was definitely a rough game with the elements being what they were and we knew that the toughest team was going to prevail that day.  We always prided ourselves in outworking and out competing our opponents, and that’s exactly what happened.”

With the win, the Panthers (21-5) regained the title, their second of five won during Lay’s tenure in Maxwell. ■

Previous articleGovernor declares Monkeypox emergency
Next articleLife is good today: What we need

Jennifer Corriea
This article was updated or modified on: August 4, 2022
84

Colusa County goes back to school

Colusa negotiates with CIP for water