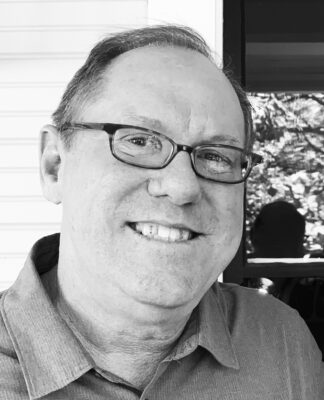 On Wednesday, September 7, 2022, Malcolm Maxwell, loving husband and father, passed away at the age of 63.

Malcolm was born on January 26, 1959, in Hollywood, CA to Robert (Bob) and Alice Maxwell, the second of three boys.

The Maxwell’s moved to the Sacramento area around 1970 where Malcolm attended Our Lady of the Assumption elementary school and El Camino High School.

He received his Bachelor of Science degree from the University of California Santa Barbara in 1983, and he worked relentlessly in environmental services for almost 40 years. On February 14, 1987, he married Tina Susann Franks. They raised one son, Franklin in Colusa, California.

Malcolm had a passion for running and cycling.  He ran on teams during high school and college, and subsequently for private clubs for many years afterward.  Later in life he took up bicycling and enjoyed his time riding with Chico Velo cycling club. He was also an avid music lover and a great fan of Kevin Smith. Malcolm loved spending time with his family, longtime friends (including his beloved UCSB Gauchos track mates and Humble Hogs) and countless friends that he met along the way. He was a mentor to many in both his personal and professional life. Malcolm was also known for his quick wit, his loyal nature, and his kind and thoughtful spirit.

Malcolm was preceded in death by his father Bob, his mother Alice, and his brother Robert (Bob). He is survived by his wife Tina, his son Frank, his brother David, and several cousins, nieces, and a nephew.