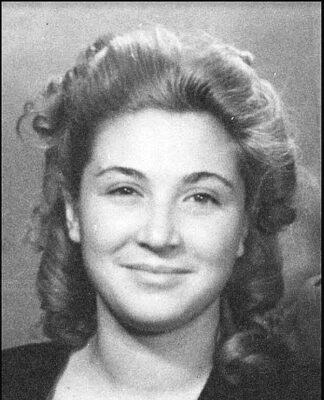 The Kitts family sadly announces the loss of their beloved matriarch, Liliana Kitts, who recently passed away at 93 with family by her side. A longtime resident of Colusa County, Liliana moved to Williams from her native Italy in the aftermath of World War II. She later wrote about her experience as a war bride, her arrival on Ellis Island together with her husband, U.S. Army Captain Roy Kitts, and how she felt electrified by the intensity of New York City.

Although she grew up in the international port city Trieste on the Adriatic Sea, Liliana soon adjusted to life in a small country town in the Sacramento Valley. She learned the “King’s English” and became an American citizen. She made many friends and remained active in several local clubs for more than five decades, winning bridge and bowling tournaments along the way. She was especially proud of helping to launch the Williams swim program after the pool was built in the 1950s. Her former swimmers of the Old Williams Elementary School fondly remember the colorful sidestroke lesson of their favorite swim coach: “Pick the cherry and put it in a basket!”

Liliana loved the arts and was known for her sharp mind and creative spirit. She danced the Can-Can on a chorus line that made headlines at the Colusa County Fair in 1963. She discovered her talent for hilarious comic timing in local community theaters where she was dubbed another Lucille Ball. An avid reader all her life, she shared her husband’s passion for poetry and became a skilled poet in her own right. “People are my favorite subject,” she would often tell other members of her writing groups in the Bay Area. She wrote a poem for every season and for everyone she loved:

Liliana also drew upon her rich memories of her Italian childhood to create wonderful memoirs and share family traditions.

Her unique voice, generous heart, and indomitable spirit will live on in the myriad writings she gave us and in the many lives she touched.

She will be sorely missed by her three adult children along with their respective families.
Tragically, she was preceded in death by her youngest son as a teenager and then by her husband. She outlived most of her close-knit Italian family and several dear American “cousins.”

Nonetheless, she learned to adapt once again and went on to preserve the business that her husband and his father before him had built, later advising her youngest daughter over two decades as she, too, has carried on the family tradition.

A graveside service will be held in Liliana’s honor at 10:30 AM on Sept. 10, at the Williams Cemetery with a reception to follow. Another celebration of her life will take place a few days earlier on Sept. 8, with her friends in Walnut Creek. ■