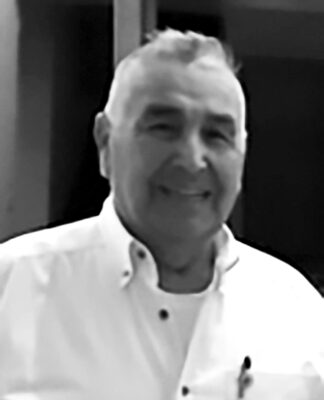 It is with great sadness that we have lost our beloved husband, father, grandfather, great grandfather, brother, and uncle, Richard Reynoso. He passed away on August 12, 2022, after a brief illness.

Richard was born on September 15, 1936, in Woodland, California, to Frank and Eleanor Reynoso. The family eventually moved and settled in Grimes, California.

He met the love of his life, Fanny Luna, in Tequila, Mexico. After a brief courtship, they married in Tequila, Jalisco, on January 14, 1964. They lived in Grimes and eventually built their family home in Colusa in 1980. They were happily married for 58 years.

Richard was a lifelong employee of the Yerxa family, beginning with Charles T. Yerxa at Yerxa Farms, followed by Woody and Kathy Yerxa at River Vista Farms. He worked a total of 68 years for this amazing family.

Services will be held at Our Lady of Lourdes Catholic Church in Colusa: Rosary- August 24, 2022, 5PM to 8PM. Catholic Funeral Mass- August 25, 2022, at 11AM. Burial immediately following at Holy Cross Cemetery. ■