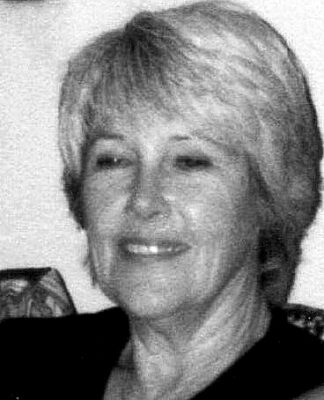 Fern Rogers passed away at her home in Toledo, Oregon on June 18th at the age of 100.  She was born in 1921 to Philip and Evangeline Freed in Ashland, Oregon. Shortly afterwards the family moved to Colusa where her father purchased a wood mill and cabinetry business. When Fern was eight years old her mother died after a long illness. Her older sister, Helen, assumed the duties of mother to the family. She and Fern remained very close, as sisters and best friends, all through their lives.

In 1940, Fern married Ellis Rogers of Williams where they made their home and raised four children. Ellis co-owned and operated the Rogers and Lausten Shell Service Station until his retirement. Fern was an excellent cook and every evening the family sat down to one of her great dinners. She loved animals and they always had numerous pets. The couple liked doing home improvement projects, making their house and garden one of the nicest in town. In the summer months they often hosted family and friends around their swimming pool. In later years they also enjoyed watching their grandchildren and great-grandchildren grow up.

Fern had a keen appreciation of beauty that was evident in her home décor, garden and her wardrobe. People often remarked that she could have been an interior or fashion designer. Right up to her final days she was an avid reader interested in art, culture, nature, biographies and mysteries. She allowed her children the freedom to pursue their own paths in life and delighted in hearing about their adventures. Her husband Ellis passed away in 1989, after 49 years of marriage.

At the age of 85, Fern moved to the Oregon coast to be closer to her daughters. She liked learning about her new environment – its plants, animals, ocean and ever changing weather. She amazed everyone when she chased away a bear in her yard by yelling at it! She purchased a house and spent her final years reading, visiting on the phone, watching Turner Classic Movies and taking care of her beloved cats.

Fern will be deeply missed by her four children: Susan Schrader of Waldport, OR; Kirk Rogers of Nevada City, CA; Candace Rogers of Toledo, OR; Cynthia Rogers of Williams and two granddaughters: Barbara Mayberry of Williams and April (Dan) Kraft of Colusa. She also leaves six great-grandchildren, six great-great-grandchildren and numerous nieces and nephews. She was preceded in death by her husband Ellis, her parents, and all her siblings: Philip Freed Jr., Helen Freed Brown, Howard Freed, William Freed, and baby brother John Freed. Her ashes will be interred in the family plot at Ashland’s Mountain View Cemetery at a later date. ■