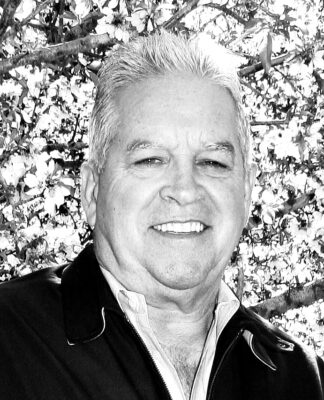 Michael Lee Smith passed away after a brief illness in his home in Yuba City on July 11, 2022, surrounded by his family.

He was born in Berkeley, California to Holley Smith and Mona (McDougal)Smith. The family moved to Williams, CA, where he attended the local schools.

He enjoyed sports and in high school played basketball, baseball and football, making all-league his junior and senior years. He was active in FFA and student government also.

After graduating high school, he attended Chico State playing football there, where he made many good friends. He was drafted and served in the U.S. Army in Vietnam from 1969 to 1970, he was a part of the Screaming Eagles Division. He returned home and finished his education at Chico State, graduating with a degree in Agricultural Business. He worked as a PCA for Christian and Hursh in Arbuckle for many years. Later he got his real estate license and met people through his work, who became friends, especially everyone at Showcase Realty, Yuba City.

Mike was preceded in death by his father Holley Smith and his niece Holly Ann Kalfsbeek. He is survived by his mother Mona Smith, sister Susan (Paul) Hummelsheim of Illinois, Mary K. (Joe) Kalfsbeek of Arbuckle, nephews Mike (Holli) Hummelsheim, Scott (Heather) Hummelsheim, Henry (Renee) Kalfsbeek, and niece Susie (Tim) Doherty. He is also survived by great nephews Ryan Doherty, Tyler Kalfsbeek, Jack Hummelsheim, and August Hummelshiem, nieces Holly Doherty, Grace Doherty, Blake Kalfsbeek, and Olivia Hummelshiem. These young people were the light of his life and he enjoyed being a big part of their life. He appreciated everyone who reached out and visited with him during his illness.

Please join the family to share stories and lunch at Granzella’s Banquet Room in Williams, this Thursday, July 21, 2022, at 11:00 a.m.

In lieu of flowers please donate to a charity of your choice.■