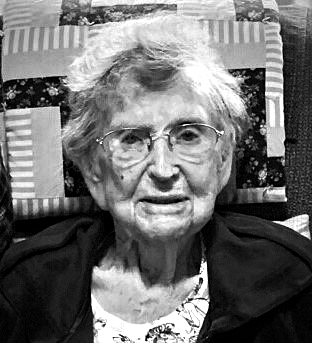 She met Mack David Allen of Mora, New Mexico, US Army Air Corps, who was completing his World War II enlistment at McClellan AFB and married May 24, 1945, in Sacramento, Ca.

They moved to Colusa County for his work about 1949. They enjoyed hunting, fishing, boating, and water skiing. Winnie played in the Women’s Softball League and spent many years bowling with friends.

She worked at Sunsweet Growers, a bookkeeper and school bus driver. She volunteered for commodities distribution, election precinct worker, The Stagehands, American Red Cross and a member of Daughters of the American Revolution, Chico Chapter.

Mack and Winnie traveled throughout the pacific North Coast of US and Canada. They liked spending winters with their friends in the southwest and traveling Mexico. They restored old cars and belonged to several vintage car clubs.

Mack and Winnie were together until his passing October 9, 2010. Winnie will be interred at the California Veterans National Cemetery at Igo, CA. with Mack on Monday, July 11, 2022, at 11 a.m. ■