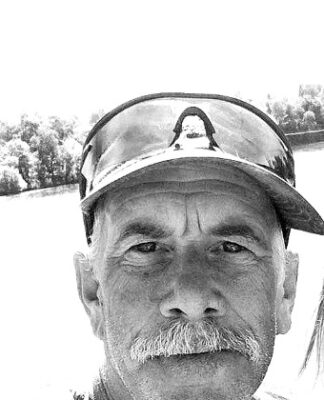 Ricky was born on December 8, 1963 to John and Lucy Ferreria of Maxwell. He was the second of three children.

Ricky was a lifelong resident of Maxwell, where he attended both the Maxwell Elementary and High School, and he graduated in 1982. He was active as an altar boy for the Maxwell Catholic Church. He was in the Colusa County Boy Scouts, Maxwell Little League Baseball, where he was named a star state pitcher, the Maxwell 4-H, the Maxwell FFA, and he lived in the high school shop.

His passion for engines led him to attend the Universal Technical Institute in Phoenix, Arizona where he received a Trade Certificate for diesel mechanics. After graduation, he moved to Sacramento, where he worked for Applegate Trucking.

After some time, Ricky returned to Maxwell to farm with his father. He loved farming and spent the remainder of his life on the farm.

Ricky was a member of the Colusa County Farm Bureau, the Family Water Alliance, and the Luso-American Portuguese Society.

Ricky enjoyed hunting, fishing, camping, and playing with his step children, grandchildren, niece, nephew, and cousins. He was the type of guy who would give you the last dollar in his pocket or the shirt off his back if it would help.

His friends praised him for his kindness to others.

He is preceded in death by his father John and his brother Charlie.

Viewing and visitation will be held at McNary Moore Chapel in Colusa on Tuesday, May 31, 2022 from 5 PM to 7PM. A rosary will be conducting in his memory from 7 PM to 8 PM. Private graveside services will be held at a later date.

Charitable contributions can be made to the following organizations or to the organization of the giver’s choice: Maxwell Cemetery, P.O. Box 201, Maxwell, CA 95955, or Our Lady of Lourdes School, 745 Ware Avenue, Colusa, CA 95932. ■