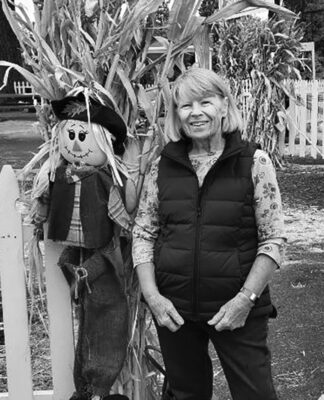 Penny Hinson Dennis, 79, passed away peacefully on Wednesday, March 16, 2022, at her home in Maxwell with her family by her side.

Penny was born on Nov. 19, 1942, in Petaluma to William H. and Marian E. Hinson. She graduated from Petaluma High School where she was active in the Rainbow Girls.

After high school, Penny attended college at Chico State where she met her husband-to-be, David N. Dennis. The college sweethearts settled in Maxwell where Penny became very active in the community and where she and Dave raised their two children.

Penny’s community involvement included serving as a member of the Colusa County Fair Board, Colusa County Master Gardeners. Children’s Home Society, California Republican Central Committee, Yuba City Garden Club, Junior Women’s group and Xi Sigma Kappa Sorority. She was also actively involved with the local Maxwell 4-H Club while her children were members. Most important to Penny was her involvement with the activities of her kids, grandkids and also sailing and traveling with Dave.

Penny is survived by her husband of 59 years, David; her son, William (Stephanie) Dennis and daughter Lisi Dennis (Bobby Hubbell).

She is preceded in death by her parents Bill and Marian Hinson and younger brother, Rick Hinson.