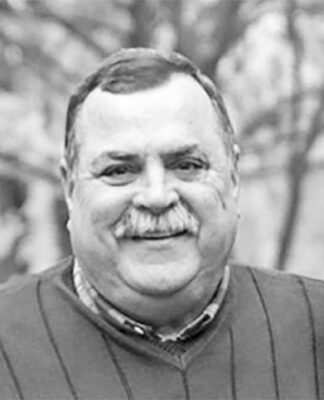 Vernon Vierra, a wonderful father, grandfather, brother, and friend, left this world on Sunday, November 28, 2021, at the age of 68. Despite the medical challenges in recent months, he showed courage in facing challenges with a smile and a laugh.

On April 22, 1953, Vern was born in Maxwell, CA, to John and Olivia Vierra. Vern was an outstanding athlete and excelled in basketball. He was a two-time Small School All State Basketball Player, and he played for two years while at the University of Chico. Vern was inducted into the Colusa County Athletic Hall of Fame in 2009.

Vern received his Bachelor’s Degree from the University of Chico in 1976. On June 26, 1976, he married Jennifer Herring of Weaverville, CA, and together they raised their son, Chad, in Willows, CA. He dedicated the majority of his career to the rice industry and has made an enduring impact on growers, employees, and the industry. He, along with his brothers, began an almond farming enterprise, Vierra Brothers, in 2006.

Vern’s sense of humor and charismatic ways made him create lasting impressions on anyone he met. He loved to golf, hunt, fish, farm, go on vacations with his family, play poker, go to sporting events, and spend time with his numerous friends and extended family.

Just as he was a devoted father, Vern was also a devoted grandpa to Brody, 11, and Olivia, 7. The love and memories he gave his grandkids in their short time together will certainly last a lifetime. He played a large role in creating the memories that continuously put smiles on their  faces.

He was such a strong force anywhere he went. He was the life of a party, loved to laugh, joke, and always brought the good times. In the words of Vern, “If you’re going to be a bear, be a grizzly.” We love you and already miss you so much. You will never be forgotten and will always be in our hearts.

Vern is preceded in death by his mother, Olivia; his father, John; and his wife Jennifer. He is survived by his two brothers Bob and Jim; son, Chad; daughter-in-law, Courtney; grandson Brody; granddaughter, Olivia; and extended family.